The gambling fair ICE in London will take place this year from April 12 to 14 at the ExCeL exhibition center. This was recently announced by the organizer "Clarion Gaming" via press release. This means that the persistent rumors that the trade fair would be canceled again this year due to the Corona pandemic are finally off the table. However, many well-known brands from the global gaming industry have already announced that they will stay away from the event. 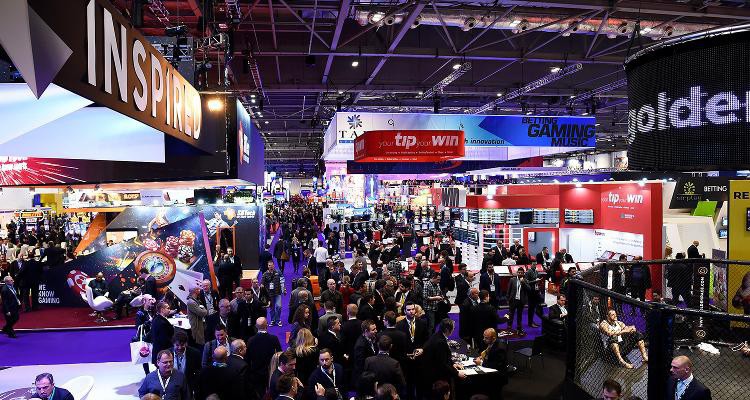 Even before "Clarion Gaming" confirmed that ICE would be held again this year in analog form, well-known and renowned industry representatives had publicly communicated their absence. The health risk due to the rampant Corona pandemic was too great. Thus "Merkur Gaming", the subsidiary of the German "Gauselmann Group", had given a refusal to the ICE last week. In addition to Covid-19, the corporate schedule would be unfavorable. So we recommend reading online casino reviews and finding out all the cool new products in the article, without risking your health. Participation in the gambling fair in London does not fit therefore temporally. Novomatic" also gave similar reasons. The Austrian gaming giant additionally stated that the logistical effort would simply be too great to participate in the ICE.

Numerous industry representatives from the United States will also stay away from the fair in the English capital. Among them is "Scientific Games". The US group produces slot machines and develops platforms for online casinos. "Zitro Games" (game developer) and "TCS John Huxley Europe Ltd." (manufacturer of live gaming equipment) will also be absent this year.

Small companies in the spotlight

The press release from "Clarion Gaming" states that Alex Pratt, managing director, and his colleague Stuart Hunter accepted the cancellations of some corporations when they decided to host ICE this year. However, he said they did not want to be affected by this - quite the opposite. This year's gaming trade show would offer smaller companies from the industry the chance to present themselves on the big stage. At the same time, however, Pratt and Hunter stressed that the trade show venues will be ready again in 2023 for the absent corporations.

Despite all the adversity, the organizers are sure that this year's ICE will be a complete success. They have invested an enormous amount of time, energy, and resources to put on a safer and smoother show, they said. In doing so, the analog return is associated with further development of the show, they said. The joy is huge, he said, as the industry will meet face to face again after a long time. Together, the progress of the past two years will be presented to the public.

It was a long way until the ICE was finally scheduled. Originally, the show was to be held in February 2022, but the rampant omicron variant scuttled the planning. As early as December 2021, "Clarion Gaming" announced that there would be a postponement. At that time, the aggressive variant of the coronavirus was just keeping England in suspense. The infection numbers were enormously high and also the health system came to its borders.

With the consultation of numerous industry representatives, "Clarion Gaming" agreed on a postponement into the spring. However, the envisaged period from April 19 to 21 quickly came under criticism. Immediately after Easter, there was a risk that many potential participants would be on vacation, it was said at the time. After much toing and froing, organizers, industry representatives, and others agreed on the period from April 12 to 14.